Exaqua PRO3 / 6 photometers were developed as a result of the research and development project started in 2014 by the ZOOLEK company. The aim was to build a photometer that would break the barrier of availability and convenience in using for this type of measuring instrument. The project was implemented in cooperation with research units and co-financed by the European Union. It was also awarded in the Competition of the Marshal of the Lodz Voivodship “Project with potential”. For its implementation, apart from the chemical laboratories operating in the company for a long time, the R&D and production departments in the field of electronics were built.

The solid knowledge and commitment, which have always been the basis of our research and development activities, allowed us to implement several unique features of the Exaqua photometer. These include: the breakthrough RAYJECT technology that ultimately relieves the user of the photometer from the need to cover the sample from the ambient light during the measurement, and the EXATITR and WideRange functions, thanks to which frequently performed measurements such as pH or water mineralization are unprecedentedly accurate and convenient.

2014 – 2015
Photometric measurement process with no need to separate the test vial from the ambient light.

2015 – 2017
Experiments in the field of the optical system, analytical methods, measurement quality.

2018 – 2020
Design of housing, photometric unit, electronic circuitry and firmware. Testing the system in the field.

Take a look where Exaqua is created

Laboratory quality for everyone

We have the resources, equipment and knowledge that allow us to develop innovative multi-parameter photometers tailored to the needs of both enthusiasts and professionals in the field of water parameters testing.

for designing the reagent sets and measurement procedures, verifying reagent accuracy and stability over time.

for experiments, studies and simulations within spectrophotometric analyses and optical system operation. 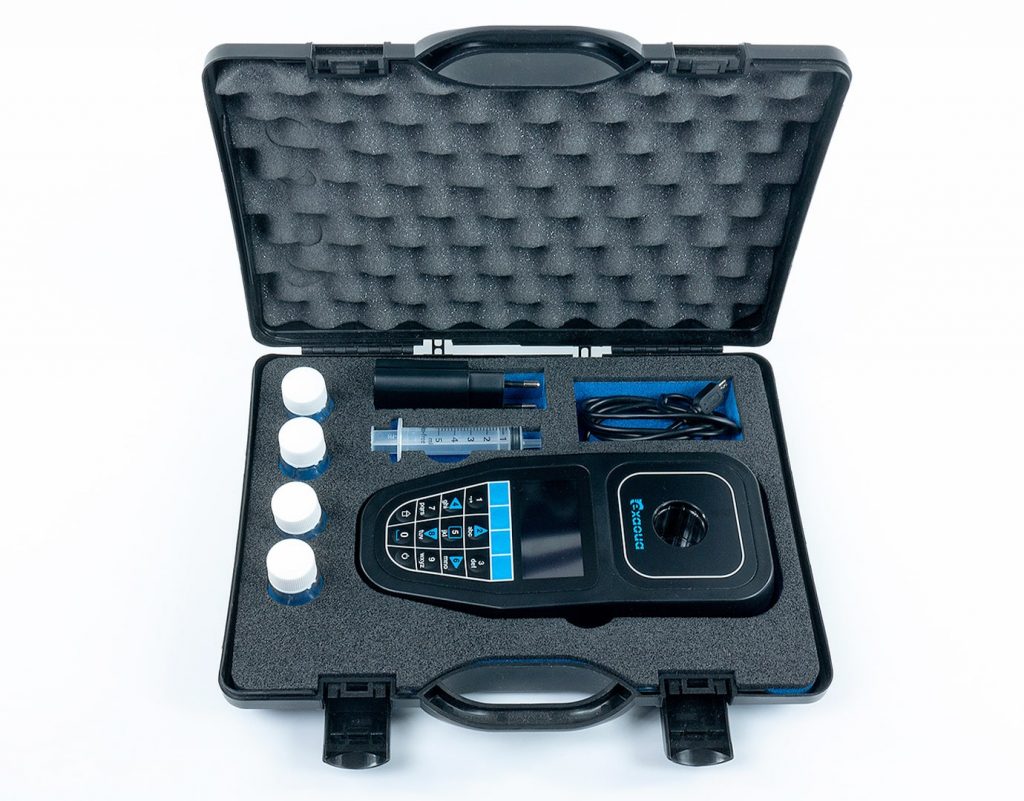 Developed
and created by Zoolek

Developed
and created by Zoolek